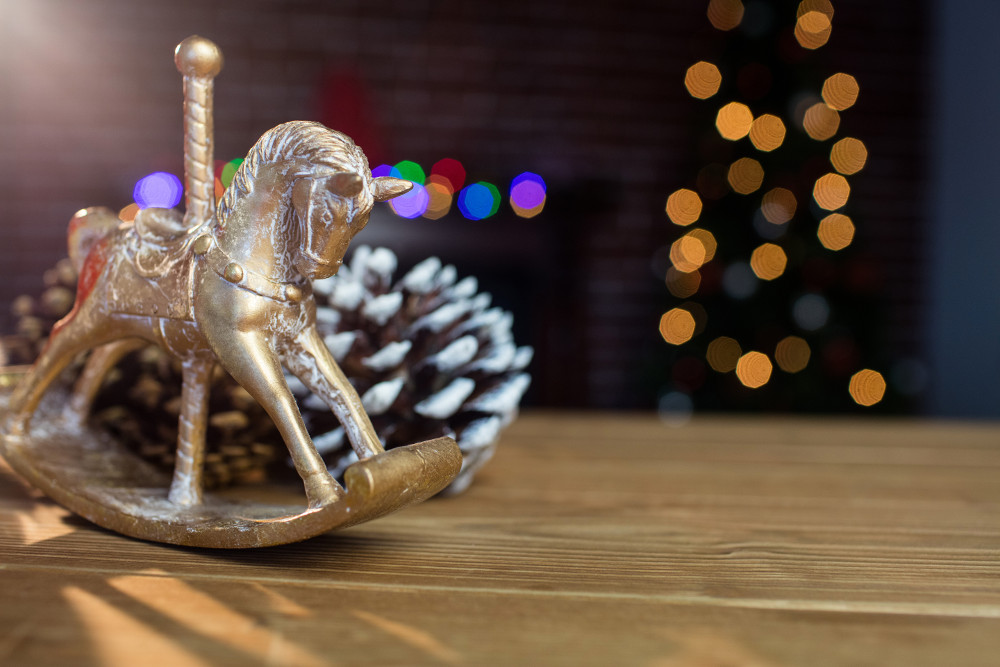 Once upon a time hippies where roaming the world. They were a happy bunch, living in freedom and spiritual abundance. A small group of them lived in a place called California, or to be more specific, an area that had the appearance of a lush valley. In that valley life was good. A new kind of technology called computers made that entrepreneurial life flourished and people had steady jobs. But the computers were big, clunky and expensive. They were exclusive to big corporations, governments and universities who had the space for them, both physically and in their budgets.

But then the hippies saw this as unfair and were convinced that such a powerful technology should be in the hands of the people. One person in particular had this vision of democratizing technology. His name was Steve Jobs, who later became an iconic figure, maybe more famous than Robin Hood. Steve found a group of geeky hobbyists who were building their own computers from electronics available at the local store. These people were also called ‘nerds’ and Steve befriended them. One nerd called Steve Wozniak was particularly bright, although not able to talk freely, just answering specific questions that someone asked him.

Jobs saw the genius of Wozniak and the possibility to make his vision a reality. Together they created a company to put these ‘personal’ computers in the hands of the many. This company became hugely successful, changing the way we perceive and use computers for the better, forever. An entire new phenomenon was created of personal computing devices with countless possibilities and functions, that took over many tasks and created new ones in every business and home on the planet. And that made Jobs and Wozniak rich men, being worshiped all over the world.

And everybody lived happily ever after. Or so was the idea…

In the years that followed something unthinkable happened, however. Slowly but surely the hippies’ vision of a better world through technology was taken over by a dark force led by the Venture Capital Overlords. These VC Overlords were mingling among the hippies and the nerds, slowly influencing them in such a way that they did not even notice. The VC Overlords were sent by Wall Street Empire to extract capital for the already extraordinary wealthy 1%. Smartly talking about ‘radical innovation’, ‘disruption’ and the ‘free market’ the VC Overlords made everyone believe in a story that resulted in extraction and destruction. They convinced start-up founders of the necessary pursuit of the mythical Unicorn, where competition was for losers and creating a monopoly the only prize. Start-ups were meant to become Unicorns, or die trying. And start-up founders believed the myth and did everything they could to make it to the Unicorn.

But not everybody. A small group of good people saw through the false promise of the Unicorn and understood that something terrible had happened. The VC Overlords did more harm than good and the 99% of people were not better of. So they decided to do something about it. They studied the castle the Overlords created and pinpointed its shortcomings. They decided to do away with the Unicorn and proposed a different kind of animal to pursue for the start-up founders: the Zebra. This animal was not the mythical and rare creature that the Unicorn was and not everything had to be sacrificed to become the Zebra. In fact, every start-up could be a Zebra, as Zebras are social animals that live in groups and benefit from each others presence. Zebras balance doing good and making a profit. The story of the Zebra was a much-needed alternative to the one of the VC overlords and the Zebra movement, called Zebras Unite, quickly gained traction.

However, something went unnoticed by the good people of Zebras Unite. In their study of the VC Overlords’ Castle they overlooked something fundamental. They did not go into the dungeons of the castle to understand its foundations, a centuries old heritage from what later became the Wall Street Empire. These foundations are of debt-based fiat money and the investment-based corporate charter resulting in the endless growth trap. The new farm of Zebras Unite was being built on the old foundations of the Wall Street Empire and VC Overlords. Fundamentally, the system did not change. Despite all good people and good intentions, the Zebras could sooner or later grow a horn and start to look more and more like that damned creature the Unicorn…

How will this story end?

Will the good people of Zebras Unite find out and correct their mistake in time, so the people can live happily ever after?